Being a Fan of the Church 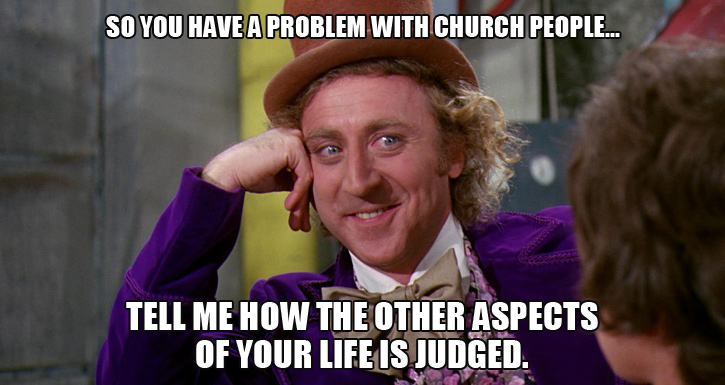 I became a Pittsburg Steelers fan during one of their Super Bowl appearances years ago. I was a little boy and my family was in the basement by the wood burning stove cooking on it and staying warm because we had lost electricity. My dad had a battery-powered radio and we were listening to the game. I remember that day long ago and the images of that moment still reside in my mind very clearly.

That was the beginning of a long run of support for “my team.” Ever since then I have been a supporter of the Pittsburg Steelers.

In the past few years, I have been less interested in football, mainly because of the concept of winning and losing. I am a proponent for preparing my heart for heaven and celebrating when someone wins means that someone always has to lose. I know what that feels like. I played soccer most of my youth days and losing was not fun. But nevertheless, I still find myself going back to rooting for the Steelers. I guess it is hard to remove something that has been engrained in my mind for so long.

I do get tired of the boasting and pompousness of many NFL players. It is a big turn-off for me. Whenever I see that I get further and further distanced from the game. These guys make millions and many act like they are entitled.

When the quarterback for the Steelers was accused of rape, I was very disheartened. I was hoping that the Steelers organization would release him from the team, although I kept thinking about the team and what that would do to the others. Later he settled with the accuser and was never prosecuted. Was he guilty? Well, if he was not, then why did the NFL suspend him? This was not the only woman that has accused him of violating that space between a man or a woman.

I truly believe that people are able to turn their life around and I truly believe in forgiveness. I don’t know what has transpired with any of the accusers he has had since all of this happened, but I do know that all of this had brought a change in the man. I saw that he was going to church and I saw a change in his demeanor. He does not share his public image with everyone but I do know he is now married and has a child.

I’m not here to stick up for anyone. People are very capable of doing that on their own. And I certainly do not know all the intricacies of his life and what specific changes have occurred. But there are millions of Pittsburg Steelers fans that still root for the team even though he still plays for them.

Think about the team you root for. Whether you love basketball, hockey, baseball, football, soccer, or any other sport… there are many players on these teams that do not represent the life that you have chosen to live out… and some do. But you are still passionate about your team. Think of the shirts, hats, banners, and memorabilia that you own.

Now I am going to list some negative scenarios in which we still support our teams.

If you want to just look at NFL players getting into trouble, look at this database of NFL player arrests. There are more than enough reasons to not watch the NFL.

Caution: Some blunt questions and statements below. Possible reality check. Proceed with an open mind.

My point is not to say that people should not support their team anymore or sports in general. My point is this: Why do we not hold teams accountable and still root them on, even though we do not approve of the behavior of some players? But when it comes to church, many look at the behavior or decision of some and the church gets heavily criticized?

Why is it that when a church makes a mistake, people have a hard time forgiving it?

Why is it that when people disagree with specific issues with the church, they decide to not go to church anymore?

The church is full of people who uphold different lifestyles and behaviors that you and I will not agree on. The church is filled with imperfect people, but God still loves it and works through it. Just look at the lives of the disciples and see how defunct they were, yet Jesus still stuck with them. And those disciples became pillars of the church to catapult it into a movement that still can’t be stopped to this day.

So I want to encourage you to stick with your church. Be the change within and encourage others to be the same way. We all need the encouragement of others to keep pressing on.

You will not find the perfect church, but rest assure that the church is led by a perfect God. And you are perfectly suited to help the church strive to be the best for God. Let’s cheer it on. Let’s stick with the Team. Let’s finish the race.

Hebrews 10:24-25 And let us consider how we may spur one another on toward love and good deeds, not giving up meeting together, as some are in the habit of doing, but encouraging one another—and all the more as you see the Day approaching.

Matthew 13:24-30 Another parable He put forth to them, saying: “The kingdom of heaven is like a man who sowed good seed in his field; but while men slept, his enemy came and sowed tares among the wheat and went his way. But when the grain had sprouted and produced a crop, then the tares also appeared. So the servants of the owner came and said to him, ‘Sir, did you not sow good seed in your field? How then does it have tares?’ He said to them, ‘An enemy has done this.’ The servants said to him, ‘Do you want us then to go and gather them up?’ But he said, ‘No, lest while you gather up the tares you also uproot the wheat with them. Let both grow together until the harvest, and at the time of harvest I will say to the reapers, “First gather together the tares and bind them in bundles to burn them, but gather the wheat into my barn.”’”

Inadequate, but Worthy
By Beholding, We Become Changed