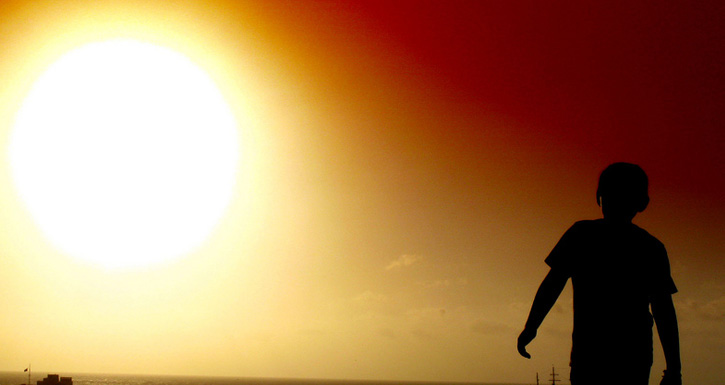 I had a discussion one evening with a couple of my youth after Serendipity and we stayed after almost an hour. The discussion was about beliefs and such.

It got me thinking about spiritual warfare, which we also discussed at Serendipity. The devil has been trying very hard since the beginning of time to sway God’s creation into not trusting in God. I’m not just talking about the creation of man but also of angels.

Lucifer swayed 1/3 of the angels into thinking that God was unfair and unjust and that they didn’t have to listen to Him. Lucifer’s idea was to be exalted above the stars of heaven.

Isaiah 14:12-14
“How you are fallen from heaven, O Lucifer, son of the morning! How you are cut down to the ground, You who weakened the nations! For you have said in your heart: ‘I will ascend into heaven, I will exalt my throne above the stars of God; I will also sit on the mount of the congregation On the farthest sides of the north; I will ascend above the heights of the clouds, I will be like the Most High.’ “

Lucifer thought he didn’t need to obey and tried everything he could to not have to follow God.

The idea has been battled throughout centuries… to do as little as possible in following God and still be in the Kingdom.

The theory of “once saved always saved” declares that you cannot lose your salvation once you get baptized into Jesus Christ. It’s the ideal that you can accept Jesus and if the rest of your life is lived in sin you’ll still be in heaven. It is another example of how the devil has convinced mankind that we don’t really need to follow Jesus as He has intended us to do so.

Jim Jones was a believer in God. He was baptized and gave his heart to God. But he fell away from God and he manipulated people into following him and he eventually led others into the famous mass suicide. I wonder if “once saved always saved” theory works with that instance? I’m not really needing an answer to that. I know it already. He won’t be in heaven. Did God reveal that to me? Well… let’s just say that he has followed the same path as Lucifer and Lucifer will not be in heaven.

There’s another deception in the Christian world and it is called “predestination”. In other words, God has either destined you to be a sinner all your life or be a follower of Him. You don’t have choice in the matter and so there is nothing you can do. Why even read the Bible and give Bible studies? The Bible would have never said anything about getting people to repent. If this was true, then we wouldn’t need evangelism. Christ would have never sent out his disciples.

Matthew 28:19-20
“Therefore go and make disciples of all nations, baptizing them in the name of the Father and of the Son and of the Holy Spirit, and teaching them to obey everything I have commanded you. And surely I am with you always, to the very end of the age.”

But here is the biggest deception the devil has done in getting the world to not follow Him completely: Busyness. We are so busy these days that God is getting more absent in our daily walk. I see it my life sometimes. I see it in our youth. They are in school, have so much homework, they play sports, get involved in extracurricular activities (piano, honor clubs, etc) and then when they get settled down they are so drained that they burn themselves out on their iDevices, TV, etc. We talked about it that night at Serendipity. And the reason they are so busy is that their parents are busy too or the parents are pushing their children too much to succeed in this world.

I told the youth that the only resolution they have to get them to spend more time with God, is to give up something that is in the way. Cut something out of their life so that they have time to pray and discover God’s Word. It’s a life and death decision. And they have the power to make it. The question is do they want to? Do we want to?