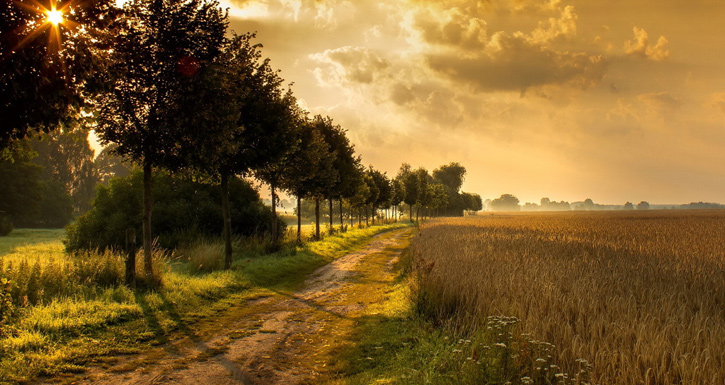 I goofed around in high school and never took things seriously until later in my junior year. I was never prepared to enter college so it was never on my mind. In fact, I was very self-conscious in my ability to be “intelligent.” I guess that’s why I decided to go to art school after being out of high school for a couple of years. At least there, I thought, I can express my intelligence in a visual way.

Even to this day, people can talk circles around me with their intellectual words and well-structured sentences. My self-consciousness of my lack of higher education and my fears of “not being good enough” for many tasks have run after me almost my entire adult life.

I have always felt not good enough. I feel that way sometimes about my job, as a husband, as a friend, and even as a Christ-follower.

I look back on the road I have traveled in my career and cannot help but notice that I have been successful in almost everything I have done, regardless of how unpaved that road has been. There have been moments of instability, but they were only moments compared to my life. At just about every job I have ever had I have been promoted into managerial-type positions. My work efforts have catapulted me into higher and higher levels of jobs in my career, even with only an AA degree. I may not be the most educated person on the planet, but I am hard-working and detail-oriented. I have had managers that always looked at my potential and awarded me accordingly. However, one of my former managers did not have high aspirations for me solely because I only had an AA and my other associates had BAs or BSs. It didn’t matter to that person what my abilities were or what I had already accomplished. That person only looked at educational accomplishments, which only compounded the internal issues I had with myself.

I have been hesitant to going back to school for several years because of these internal issues. I’m not good enough. I’m not smart enough. I’m afraid to look stupid.

These are some of the struggles that I deal with as a human being.

Finally, this summer I decided to go back to college. I took English Composition, which I never was good at in school, without letting anyone know because I wanted to see how I would do and see if I would continue beyond that class. Even during the entire semester I felt inadequate in my intelligence. Then the week before the last class I was the only one in class that the professor told that was exempt from doing a final essay because I had an A. I almost did the essay anyway, but I had worked hard for that grade and felt this was the gift I received.

Thursday was my last class for the Fall semester. I decided to take on two classes instead of one: Public Speaking and English Composition 2. That was a lot of writing… writing speeches and essays almost every week. Even during the semester I still felt intimidated by all the younger people in class and by my perceived lack of intelligence. However, it is becoming more apparent to me that this is nothing more than a mirage that I burden myself with. In both classes I have received an A+.

I am looking forward to continuing my educational aspirations.

It’s OK to feel insufficient at times because it allows us to work harder to get what we want. Once we get to the point where we think we are “all that,” we lose the ability to work harder, to be stronger, and to accomplish more in life.

Many people are handed things in their life and they succeed because of that. But at some point it all catches up. At some point people will be exposed to what they haven’t accomplished on their own. Those that work hard to get what they have and to be where they are at, not only are more appreciative of what they have done, but also acknowledge those who have gone down the same path or are currently on that path.

Those that know me intimately know that there is nothing privileged about my life. I have every reason to fail. However, I have never let my circumstances that have been handed to me nor the unfruitful decisions I have made in the past dictate the outcome of my life. If you are on this journey that I have been on, I want to encourage you to keep pressing on. Nothing will be handed to you and your accomplishments may take some time so keep pressing on. Don’t give up.

Work hard for the accomplishments you have set out before you and ask God to lead in those endeavors. Don’t drag God along. Let God lead. He has more confidence in your abilities than you do yourself.

When you see whom Jesus chose as His disciples and see that they were not held in high esteem in the culture of the day, it shows that what the world esteems as worthy and inadequate, God esteems as inadequate and worthy.

I can do all this through Him who gives me strength.
-Philippians 4:13

Reformation and Revival
Being a Fan of the Church