If this election has taught anything to anybody, it should be that we need to love one another, even if we disagree with each other. I have found that the only way people can change is for us to engage in an intentional conversation and genuine care for the other person, regardless of our differences. The beauty of this world is that there are a variety of opinions and thoughts towards everything. If everyone thought the same way, we would be a rather boring society. 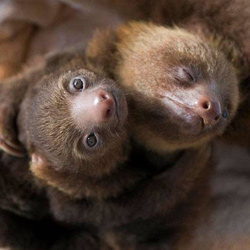 We all need a hug.

Sadly, America is divided and people love division and the blame game for who is responsible for the division. Like it or not… believe it or not… it is true. Its a fairly toxic mentality that destroys the character. Most people enjoy the “us vs. them” mentality and until everyone gets off their horse, we will always be divided. Instead of pushing division, I would like to see people push compassion, love, and seek to understand the stories that shape other people. Understanding someone’s life story is paramount to helping to resolve conflict. When you see how someone is shaped by their life story, you are able to be a more compassionate, loving human being.

Blaming someone else for your anger only gives the other person power over your anger and therefore power over you. When your mind is consumed with what you disagree with, you have no room for compassion and love and as a result, you deny other people the ability to know who you really are. And who you are is not what you disagree with. Try something different… try showing what you are in favor of instead of what you are always against or what you have a problem with, while toning down your rhetoric.

This may come as a shocker to you, but many people actually look beyond the character flaws in politicians to see what else is there that they may be in favor of. The character attributes of Barack Obama and George W. Bush are what people expect nowadays (I am not talking about policy decisions here, just noting that these are really nice guys.). Unfortunately, we can’t always get what we want.

We live in a very abusive society in the complete spectrum of thought. Some of the same people who talk about bullying actually bully others online for their differences, in Facebook posts, in memes, etc. on all sides of the political spectrum.

So go ahead… if you sincerely want to provide people your opinion so that you can help change their thought about anything, make sure you get out from behind your social media wall. Or you can continue to throw grenades out from behind your wall so that you never have to engage with the opposition of your thought. Go ahead and mingle with only people you agree with if you don’t want to create effective change. However, if you are serious about wanting to create change, get out of your comfort zone and hang out with someone you disagree with or that you would never think you would be friends with. I know it is hard to do because it is easier to launch a grenade than it is to cover one up.

Until we instill the concept of love and compassion for our fellow human beings, we will not find rest and we will always be burdened with this world’s problems. Personally, I have a lot of problems internally. If I do not give them to Jesus, they just come out in attacks on other people. Maybe that is the crux of the problem… maybe we need to unload our own problems first before telling other people what their problem is.

I like to step back and see what is happening in order for me to impact this world in a positive way. We all need some retrospective thought so we can understand our fellow brothers and sisters. We have a choice, not a political one, but a choice to see other people in an aspect of love and if we decide that it is not important to us, remember that it is important to God. For me, I don’t trust in what this world has to offer. I don’t put my trust in politicians or world powers to improve my life or create change in the lives of others. Only God satisfies my soul and provides peace for me and only God can help me create change in the lives of others. Looking to politicians to change this world is a counterfeit thought. Change only happens when you and I see that we are both important in the sight of God and equally loved.

“Take My yoke upon you and learn from Me, for I am gentle and lowly in heart, and you will find rest for your souls.” -Matthew 11:29

The Flood of Sin in the Home
What? A Wonderful World?