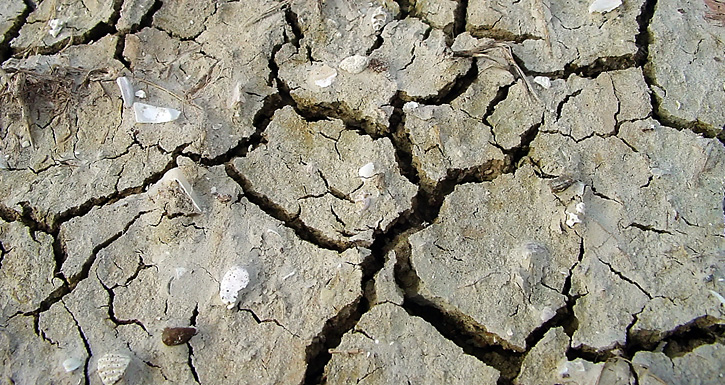 Several years ago the Southeast portion of the United States was in a drought situation. Lakes had deteriorated and rivers were very low. For at least two years the southeast was in a shortfall of rain.

I remember taking our youth up to Lake Jocassee and walking down the lakeside where the water was supposed to be. The lake had dropped in depth about 15 feet so there was about 20 yards of extra embankment beside the lake.

It wasn’t just Lake Jocassee, but every lake in the Carolinas was low. I remember passing the SC – GA border and looking at that lake and seeing how piers and boat docks were taking nose dives because there wasn’t any water to hold them. Homes began to lose value along the lakes and water skiing was sparse. There were a lot of areas in which boaters couldn’t go any more for fear of running aground. Homeowners couldn’t even water their lawns and wash their cars some days because of limits by the local governments.

After a couple of years of minimal rain we received it all back in one year. Lakes were back to normal again. Fishermen could go everywhere. Water skiers were back in full force. Property values began to rise again. Cars were being washed everyday.

Every part of the body, from the individual cell to the entire circulation system, depends upon water to function. Water is needed for:

In addition to the daily maintenance of our bodies, water also plays a key role in the prevention of disease. Drinking plenty of water daily can decrease the risk of colon cancer and bladder cancer and it can potentially even reduce the risk of breast cancer.

Some heavy metals, when mixed into our water supply can cause us problems. Severe effects include reduced growth and development, cancer, organ damage, nervous system damage, and in extreme cases, death. Exposure to some metals, such as mercury and lead, may also cause development of autoimmunity, in which a person’s immune system attacks its own cells. This can lead to joint diseases such as rheumatoid arthritis, and diseases of the kidneys, circulatory system, and nervous system.

No one can argue that water is not important for life. Without it, life just doesn’t happen. When the Israelites were in the wilderness, they grumbled at Moses because they were thirsty. God provided them with water flowing from a rock because He knew how important water is for mankind.

The Holy Spirit is like water to us. Without Him, life really doesn’t exist.

Sometimes I will find myself in a drought… I’ll be walking without Living Water for weeks at a time, getting caught up in my own world covered by sin. I would wake up and think that I need to pray and then in a few minutes I would forget all about it. So then my day starts without God. By noon I remember that I never did a devotion and then I start to feel guilty about it. I don’t know about you, but I can throw a really good pity party.

By bed time I start to think about how God-less my day has been so I say to myself that I’ll pray before I crawl into bed. Then a few minutes later I am lying in bed and remember that I forgot to kneel and pray. So I pray while lying down and then I lose my train of thought while praying and next thing I know I am thinking about something else! Then I would feel terrible and fall asleep. I would wake up in the morning and the same cycle would start all over again. I know some of you know how this process works.

I definitely get dehydrated from a lack of communion with God. During my droughts, I would read my Bible or pray and my devotion would be filled with heavy metals like selfishness and a lack of enthusiasm. There is no desire and I know that something is wrong with that because I have already tasted and seen that the Lord is good.

When I am in a drought, my life is about other things rather than about God and that just doesn’t work for me. I truly understand how much the Holy Spirit is needed for life.

Fortunately, I remember the passage from Romans 8:38-39 “For I am persuaded that neither death nor life, nor angels nor principalities nor powers, nor things present nor things to come, nor height nor depth, nor any other created thing, shall be able to separate us from the love of God which is in Christ Jesus our Lord.” That reminds me how much God loves me and that He isn’t concerned so much as to what sin I am committing but what it is doing to me. Then I know that God will have enough grace on me to forgive me and renew my heart all over again. Isn’t God awesome?!

I just hate taking two steps back. But it has taught me a lot about what is important in life.

Prayer helps us communicate with God. Bible study helps us understand real knowledge about life, the Life-giver and our Creator. An active Christian lifestyle helps us to be molded into His image. Overall, these things bring purpose and meaning to us. I have already lived a life without purpose and meaning before I was a Christian and I don’t want that again.

Matthew 11:28-29 “Come to Me, all you who labor and are heavy laden, and I will give you rest. Take My yoke upon you and learn from Me, for I am gentle and lowly in heart, and you will find rest for your souls.”

How about you? Have you been getting enough Living Water? Is your Water weighed down by the heavy metals of life? Are you a little dehydrated? He stands there waiting with a glass of His Living Water and the glass has your name etched upon it. Why not take a drink?

Breathing Life
Saved from the Grasp of Death: A True Story