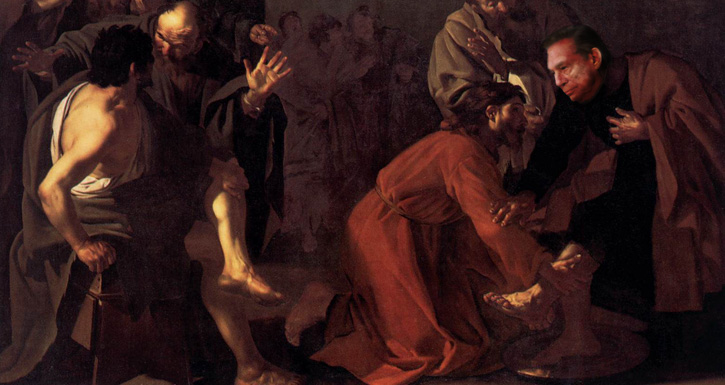 Racism is truly disgusting and appalling. When we hear someone say racist things, most of us get angry inside. It’s natural to think that way for me, but it wasn’t always so. Until I saw what a lack of love actually does to people, I didn’t understand.

My mom and dad did not raise me to think bigoted or racist, which I am forever grateful. However, the influence and constant surroundings of where I lived brought on a subconscious that leaned in that direction. I don’t remember how long I was this way, but it didn’t last too long.

I remember hearing and laughing at jokes using the “nigga” word (There… I wrote it. I won’t write it again in this post because I hate that word.). I never thought too much of what I was doing, but when I started to reach the age of accountability I started to know what was wrong about that picture.

I witnessed first hand what a lack of love does. It separates. It divides. It abuses. My mentality started to change in life. So much so that when a friend of mine would say a “n” joke, he would apologize to me ahead of the joke for saying it. I always said, “It’s your ignorance.”

When I think of racism, I think back on the experiences I had with those who were this way. I remember my friend Pat Jenkins and I got chased in Virginia by some guys in a jacked up jeep because we were listening to rap music. As we headed down Route 1 at 110mph, Pat was yelling, “Mississippi Burning all over again, man!” We got away on some backroads, but it was disturbing to feel as if our lives were threatened. I was also confronted in my late teenage years by a racist person who wanted to fight me because I should not be listening to rap music in a “confederate state.” Thankfully, I was able to get away from him and his friends before something happened.

When I moved to ATL, I had a different experience of that mentality. Racism exists in every race and even within races. I had some black “friends” who told me that it didn’t matter whether I was right or not in an argument with another black guy, they would stick up for the black guy regardless because of his skin color… or should I say because of my skin color.

Needless to say, they weren’t my friends for very long. I could not hang around that mentality no more. I knew that there was something inherently wrong with segregating people in my mind because of the color of their skin. Although, the influence of the world around me was tough to fight against this… and still is.

When I finally met Jesus, I realized that He had been preparing my heart to meet Him. I fell in love with a God whose love knows no boundaries and knows no color. His love was attractive to me so I became a Christian.

I don’t exactly have tingly feelings for this Donald Sterling guy that has been in the news of late. When I first heard the news about what he said I immediately felt very disgusted. Then I started seeing the way other people were attacking him by social media and in the news. I then looked at the situation a little differently because what I started to see is how I was feeling on the inside and I didn’t like it. I was feeling a little bit of hatred and disgust about his comments. But as I saw him getting attacked by everyone, Christians and non-Christians, I started to see a little bit of a problem here.

What if the second coming of Christ has not yet come because He is waiting to see how we will treat other people accordingly?

I thought, how may times I have I said something really stupid that was never recorded or never expressed in the public eye? How many times would I have been ostracized in the public eye because of who I am, what decisions I make, and the things that I say? How many times have I had the plank in my eye while trying to pull the splinter out of somebody else’s eye? Would I treat this guy the same way if he was my father? What if he was my uncle or maybe a brother of mine? What if he was my next-door neighbor? Or perhaps a more challenging perspective, what if I looked at him as one that Jesus still loves? Would I then treat him the way I feel? How many times have I sinned against God and He showed compassion on me that caused me to change?

People’s picture of God usually comes out in the way they treat others. If we think God is ready to punish, then so will we. If we think God is ready to forgive, then so will we. How we treat others in person, behind their back, or in the public eye usually reflects our image of God or the fact that we are struggling with an internal issue. So before you publicly humiliate someone, condemn them, or wish the worst for them, think twice about how Jesus would treat you.

I’m not saying that this guy is not getting what he deserves in the public eye. What I am asking for us all to do is to think about how God sees us and deals with us in our particular struggles, in our particular sins, and in our particular ways that we are. I think the best way to deal with this Donald Sterling guy is to show him some true love from Christ. Instead of trying to publicly humiliate the guy, why are we not praying for him? Love begets love. Love is the only real thing that causes change in people.What if the second coming of Christ has not yet come because He is waiting to see how we will treat other people accordingly? What if the judgment that we cast out in condemnation will be returned to us in the same manner?

“But love your enemies, do good, and lend, hoping for nothing in return; and your reward will be great, and you will be sons of the Most High. For He is kind to the unthankful and evil.” Luke 6:35

“Love suffers long and is kind; love does not envy; love does not parade itself, is not puffed up; does not behave rudely, does not seek its own, is not provoked, thinks no evil;” 1 Corinthians 13:4-5

“But the fruit of the Spirit is love, joy, peace, longsuffering, kindness, goodness, faithfulness,” Galatians 5:22